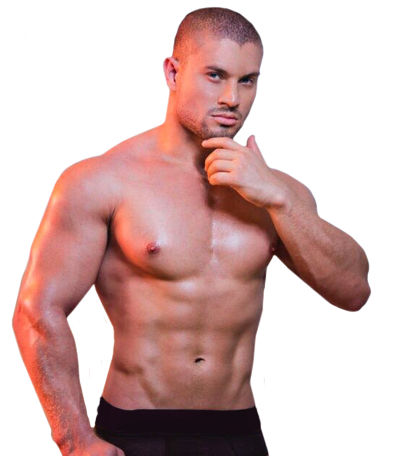 RentMen.eu
Enter RENT.MEN
I Disagree - Exit this site
Have fun from home with RentMen & Help Flatten the Curve! Enjoy your #stayhome time with all new & exciting features coming.
Learn more
My Pornstar Interview
he/him, post top surgery gay trans man, five years on testosterone, something of the best of both world 😜😋 I travel often- my travel plans can always be rearranged around requests! I love horror movies, music, and adventure. I’m always looking to find something new. Some kinky things I know I like, but I can be persuaded to try anything by a man clever enough. texts and emails preferred, calls can be scheduled!
Contact me
Share my Interview
Go to my profile
Q: What would you say are your greatest attributes?

A: I would say I’m a very level-headed person, somewhat analytical maybe; I like to take a hands-on approach once I’ve summed up a situation. I’m also a pretty observant person. So much can be learned by slowing down and listening.
lastly I’d say I’m easy going and adaptable, the kind of person who tries to embrace change. there’s so much in this world we cannot control, so the best one can do is surf the tide and have fun with it!

Q: What are your hobbies, what do you like to do in your spare time?

A: This might sound a bit pretentious, but I love to learn! I don’t have much formal education, but I love to read, often fantasy but also about language, cultural studies, and so on. I always feel there’s only more to gain from having a curious mind!
I also like nature; there’s nothing more rewarding than taking in a lovely view after a long hike.
lastly I’d say I’m certainly interested in film; there’s so much fun to be had with a good movie.

Q: What is your specialty?

A: I’m very explorative, so there’s not many things I’m not interested to try, but as far as my specific experiences, I’d say that being a trans man is a rather unique experience for a lot of men who’ve either been curious about a man with a bonus hole, bi men looking to explore more of their sexuality, or else guys that are also looking for something new!

Q: What are your lifestyle specifics that makes who you are?

A: I’m an adventurer and a traveler by nature, down to my core. I’d say I feel a draw to adventure, to newness, excitement, curiosity, and so much of who I am now is a result of traveling, living on the road, and being willing to see a story in everything. everyone and every place have something to offer- it’s just a matter of being open minded enough to find it!

Q: What do you enjoy most about yourself?

A: I consider myself a pretty damn capable kind of guy, and very experienced in all kinds of things for my age. I’m not gonna get all dreamy and cheesy with that old-soul crap, but I would say that well, I’ve seen a whole lot of the world for so few years. I also like to think I’m a skilled people-reader. It’s more intuition and experience than anything, but it comes in handy when you’d like to get to know someone and want to help them feel relaxed, comfortable.

Q: What would you like your readers to know about you that is unique and even a bit personal?

A: Though it’s not always a great conversation starter, I actually have PTSD, and have a service dog named Yogi Bear. he doesn’t usually accompany me to work, but when he does he’s known for falling asleep quietly in a corner, usually. and no, you can’t pet him- petting a working dog while they’re on the job can be detrimental to their training. But if anyone ever runs into me out and about, now they know not to be surprised, yes?

Q: Tell us a little about yourself, if you were to pick something what would you like others to absolutely know about you?

A: Well, most people don’t know this unless I say so, but I’m actually Mexican-American; my mother is an immigrant, and my father is an American. they actually met while he was in Mexico for business, though I’m afraid it’s not a particularly romantic story. but yeah, given that I take my complexion after him, and he look like he’s never gone outside in his life, people are often surprise to learn that about me. I grew up in East LA, and I speak Spanish and English, and I taught myself fluent German in the past few years. i was actually accepted to the Goethe Universität of Frankfurt when I was 18 to study cultural anthropology, but I didn’t end up going cause well, moving to Frankfurt is more than a little expensive, haha.

Q: What should others absolutely know about you?

A: well, I think knowing a bit more about FTM trans guys would probably help people understand me better, so though it’s far from the most important thing about me, I’ll give date the curiosity anyways, yes? being FTM means that I was assigned female at birth, and have transitioned to male. for me, that meant hormone blockers as a teenager, surgery to make my chest more flat, and drop-testosterone. bottom surgery isn’t exactly an option given that current technology for it is like a C+, and I really just don’t want no C+ sex like here. I’m not particularly shy about my transition- nor much else, honestly- and if you’re curious, you can always just ask me.

Q: What kind of diet and fitness regime do you follow?

A: I think I keep a better fitness regime than I do diet- I kinda eat whatever whenever, and I have a horrible weakspot for sweets. Fitness I usually like to focus on body weight exercises (ie, push ups, sit ups, etc), though an occasional late night trip to the gym haven’t never hurt.

Q: What are 5 things you can’t live without?

A: Cigarettes, sex, iced tea, adventure, and freedom, probably in that order or else close to it.

Q: Tell us about the best experience you have had in life.

A: I could tell travel stories for a week solid and never quite run out, but if I was gonna pick an absolute favorite, it’d be this night out in the flatlands in Arizona, just near the border to New Mexico. I’d hitchhike out of Flagstaff that day and didn’t make so much progress, and so I stopped walking at this ghost town call Two Guns, Arizona. it was a tiny little place, a couple grumbling houses next to a canyon with a dried riverbed and a creaky bridge I didn’t dare touch. I ended up staying the night out there, just my dog and the sunset and a campfire and I, and the stars so far from any city lights is beautiful. I’ve always spend a lot of time in cities, and I’m from LA, and I don’t know if I’d ever been somewhere so peaceful in my life. that’s one of those memories I hold dear- the smell of the fire, the desert sand and the dry air, the stars, endless.

Q: How often do you travel? Do you prefer to travel or are you more of a homebody?

A: I travel next to constantly, sometimes living out of my car just to get to go go go- though I am fixing up an RV now, so I consider this a upgrade. I love the open road, adventure, seeing and experiencing new things, meeting new people...
I’ve actually been to 41 states so far, and my goal is to get to all 50 in the next few years.

These guys are so much more than photos and descriptions – only RentMen gives you the chance to discover to a side of them you may find very interesting! Get to now him before you call!